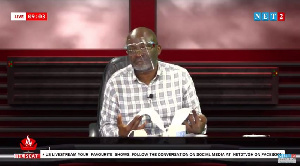 Kennedy Agyapong, the Assin Central MP, claims Dr. Kwabena Duffuor, the former Minister of Finance and owner of uniBank spent over two billion cedis on properties using uniBank depositors’ money. The properties which in total costs $477,934,650.00 (GHC2,112,960,000.00) were acquired in various parts of the country. According to him, Dr Kwabena Duffuor admitted in a letter to the […]