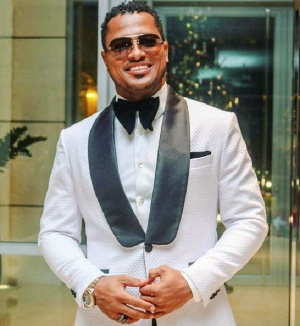 African celebrated Actor Van Vicker will from 1st August which is his birthday to 14th August commence a global loyalty campaign for his fans.

In a note he stated that he will be commencing a global loyalty campaign starting on his birthday, and the grace period will last for two weeks.

He added that he has couched many ideas on his past birthdays on how to celebrate with his teeming fans.

He further explained that this time around it is an unprecedented initiative for many around the world to not only celebrate his 43rd birthday but win prizes from some of his business partners and associates globally.

“These are not normal times and anything that will inject some amount of cohesiveness should be welcomed. In this context, the prizes to be won will bring joy and appreciation to many,” he added.

As to what his fans stand to benefit in his loyalty campaign, he hinted that numerous prizes including products and services will be given to many of his fans and people who appreciate his work across the globe to a tune of about $20,000.00.

“It is utterly remarkable how many brands and entrepreneurs worldwide have jumped on board because they see this as an opportunity to generate massive awareness for their products and services”.

“I am hoping that this will be an even bigger Social Media party so any brand or entrepreneur that wants to join the campaign can drop a WhatsApp message to the number +233542913584”, Van Vicker stated.

He concluded that, with his marketing experience, he can promise all brands or companies and entrepreneurs on board that they will enjoy massive benefits including taggings, postings, mentions, etc via my social media pages, leveraging on his huge follower-ship figures on Social Media.

All that translates into social media visibilty, increase in followings, increase in awareness, sampling of products and services, traffic to site, quality brand affiliation and many benefits.

All that ultimately translate into purchasing of goods and services in the long run.

This is how to enter the campaign as a fan:

Van Vicker will subsequently select winners after one week of reposting, sharing, retweeting etc. and these winners will pick up their prizes from the participating companies in their country of residence.

The whole process will be repeated for the second week allowing the campaign to run for a total of two weeks.

Fans or loyals who unfortunately live in countries where there are no participating brands or companies won’t be left out.

“I will randomly select accounts that I will follow, live chat with, etc for as long as they participate. I envisage this strategy will be adopted by many soon because it is efficient and effective,” he stated in optimism.